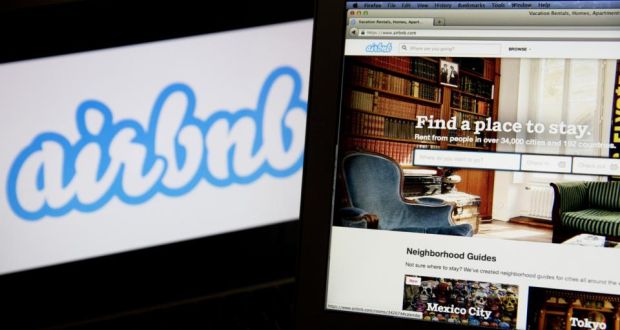 The peer-to-peer holiday rental site contacted users over the weekend telling them it had supplied Revenue with details of income generated by users in Ireland going back to May 2014.
The taxman has announced that more than 4,500 Irish people who rent out properties or bedrooms through the Airbnb website that they have an obligation to ensure their tax affairs are in order.

The peer-to-peer holiday rental site contacted users over the weekend telling them it had supplied Revenue with details of income generated by users in the Republic going back to May 1st, 2014.

It has also released the dates when people first registered properties with the site, allowing Revenue to more easily assess if back taxes are outstanding and, if so, how much.

Once the clarification was confirmed, Airbnb entered dialogue with Revenue, culminating in it releasing information on all rental income earned by Irish users for the past 15 months.

A Revenue spokeswoman said that if a Revenue “intervention” uncovered any business “engaging in shadow economy activity such as undeclared or under-declared income” people would have to pay all “outstanding tax together with full statutory interest and penalties”.

She warned Revenue could go back through several years of undeclared income and said there were “significant advantages to taxpayers in approaching Revenue early with regard to regularising matters”.

Airbnb, which employs more than 300 people at its international headquarters in Dublin will hold a public meeting on Tuesday to address user concerns.

The company’s move could mean some people are hit with a large tax bill.

For many people the income from the occasional renting of spare rooms will now be taxed at 51 per cent for 2014.

There are 540 properties up for rent for this coming weekend in the Dublin area alone.

The typical price for a double room in Galway city, for example, is about €40 a night while someone with a room to rent in Dublin city centre can charge in the region of €60, depending on location.